THE TOM TICKLER - HOW TO TIE IN HAND 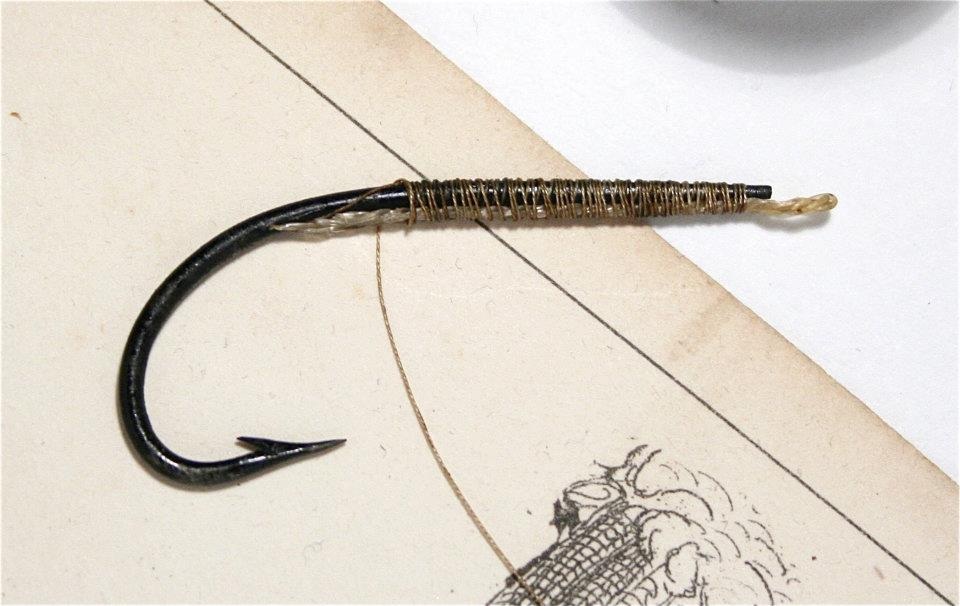 First step is to tie the silk gut eye under the hook shank, making a nice taper for the body.
Make sure to wax the Pearsall silk well for a good grip. 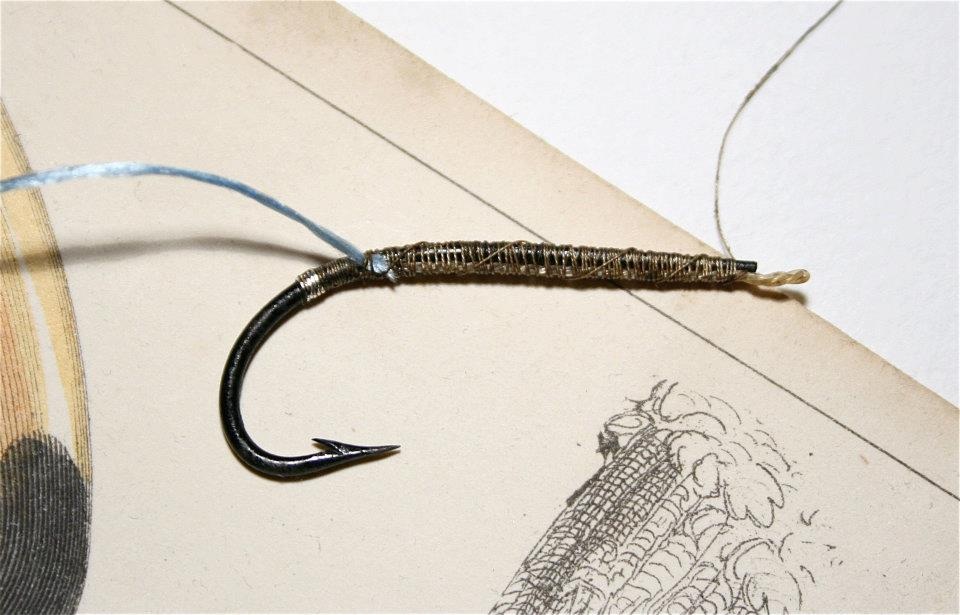 Tie in silver twist and blue silk for the tag, next is golden pheasant tail... 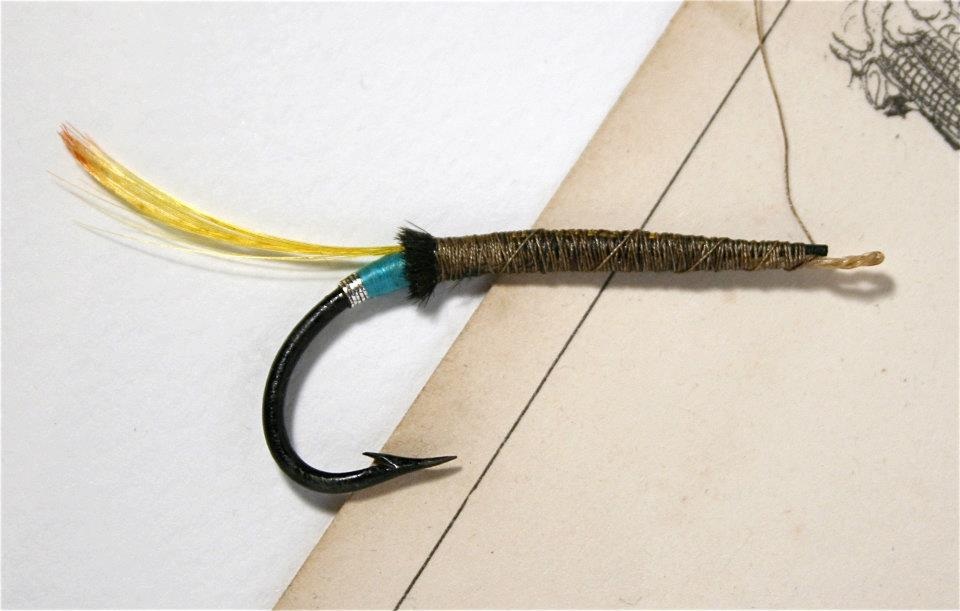 The tail has been attached and so is the butt of black ostrich herl. Now the fly is ready for the body. 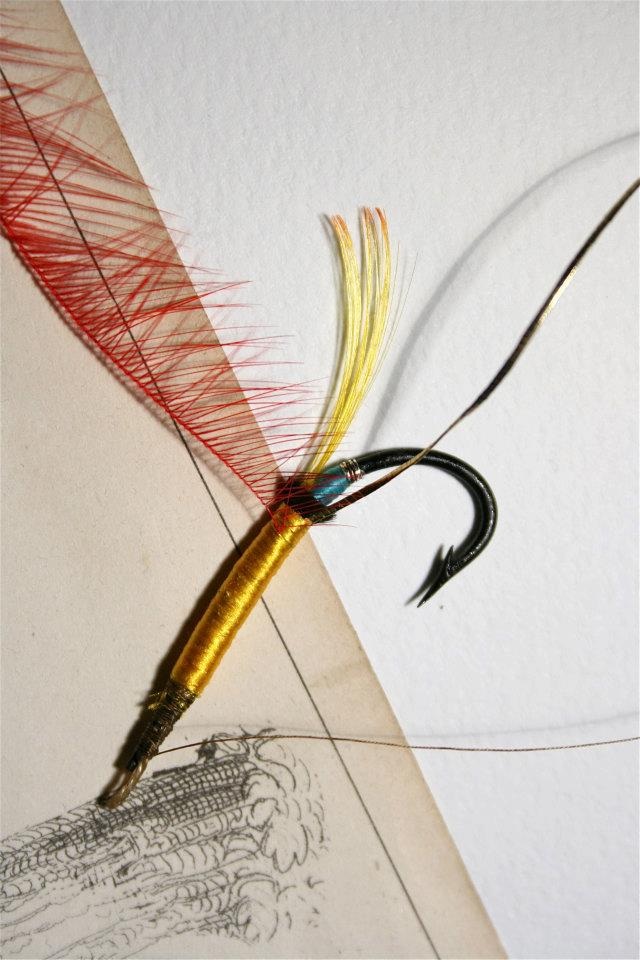 Gold tinsel tied on the backside of the hook (on the far side), the body hackle is tied where the second ribbing starts.
Cover the body with yellow silk. 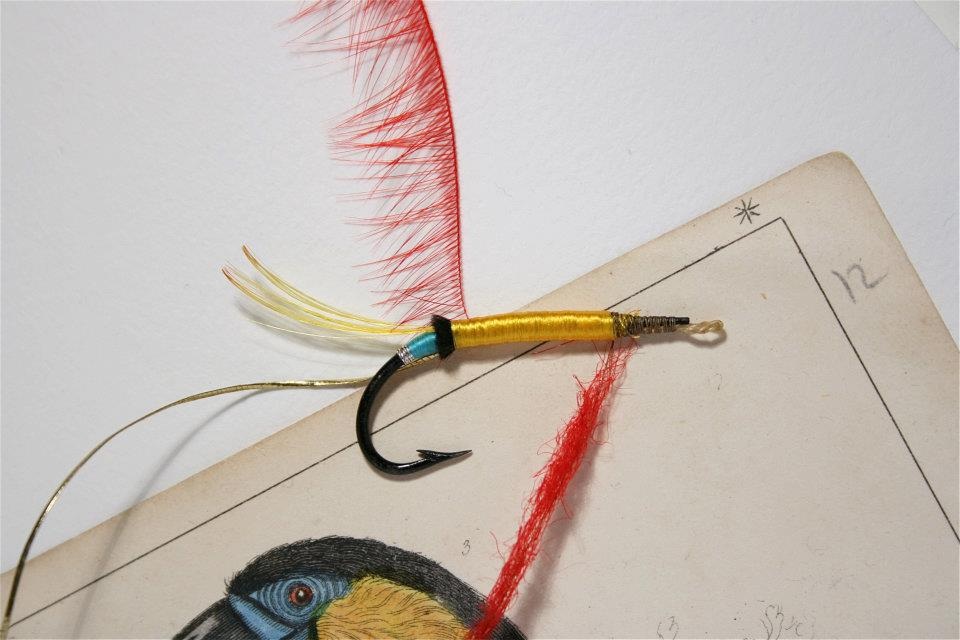 Add couple of turns with red seal fur in the front of the body. 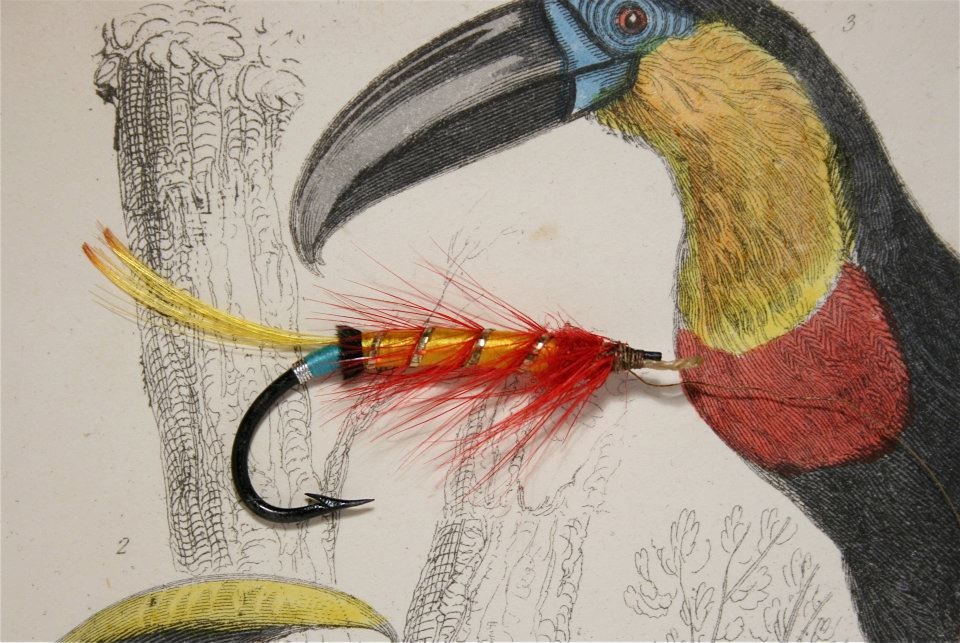 Tie the tinsel and hackle around the body. Secure with few turnings in the front,
leaving some space for throat hackle and head. 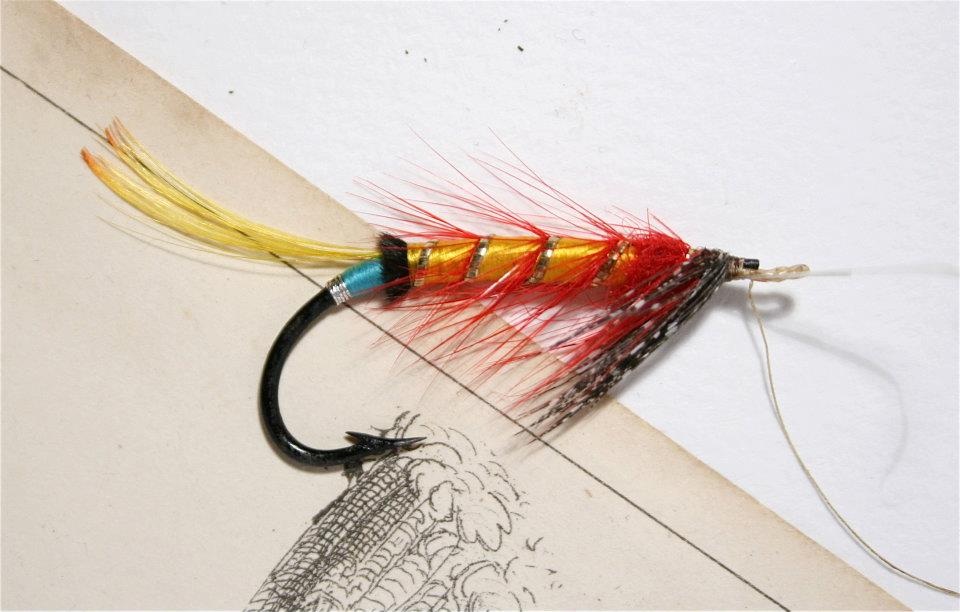 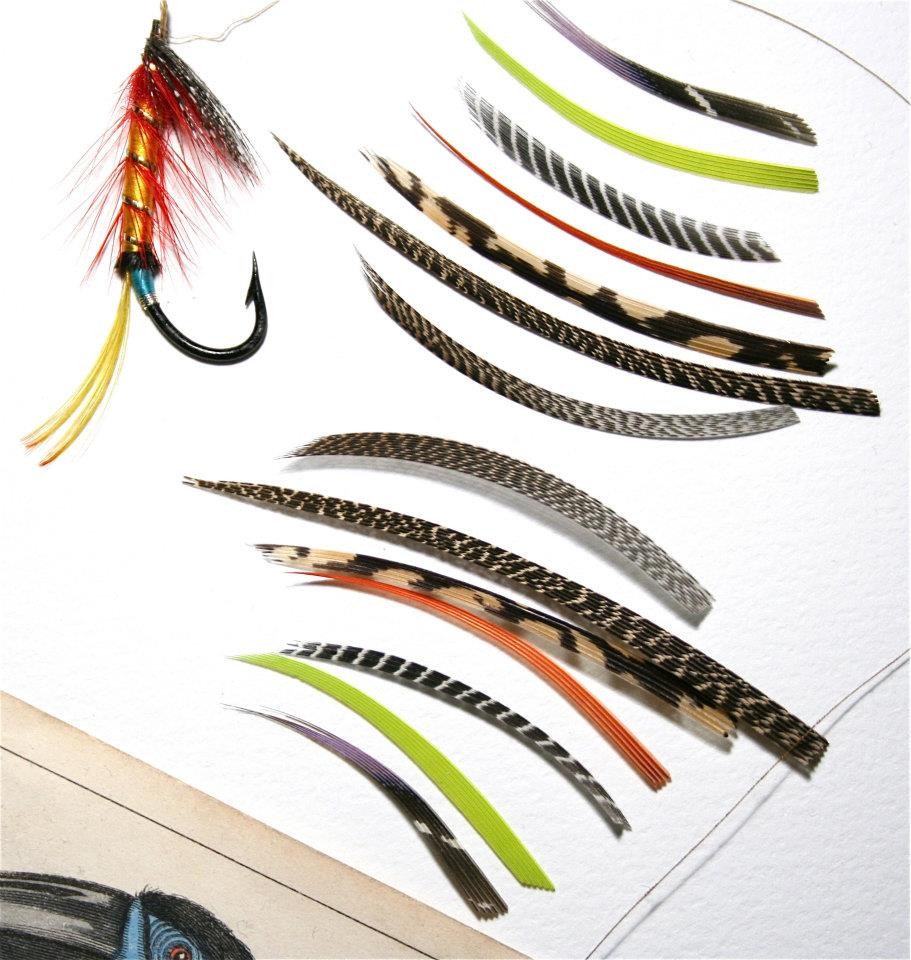 Select fibers for the wing for each side, with the tip pointing down.
Section below is the the nearest wing, the other lot is for the far side.

Put the slices of the materials upon each other, making it a bunch of fibers. 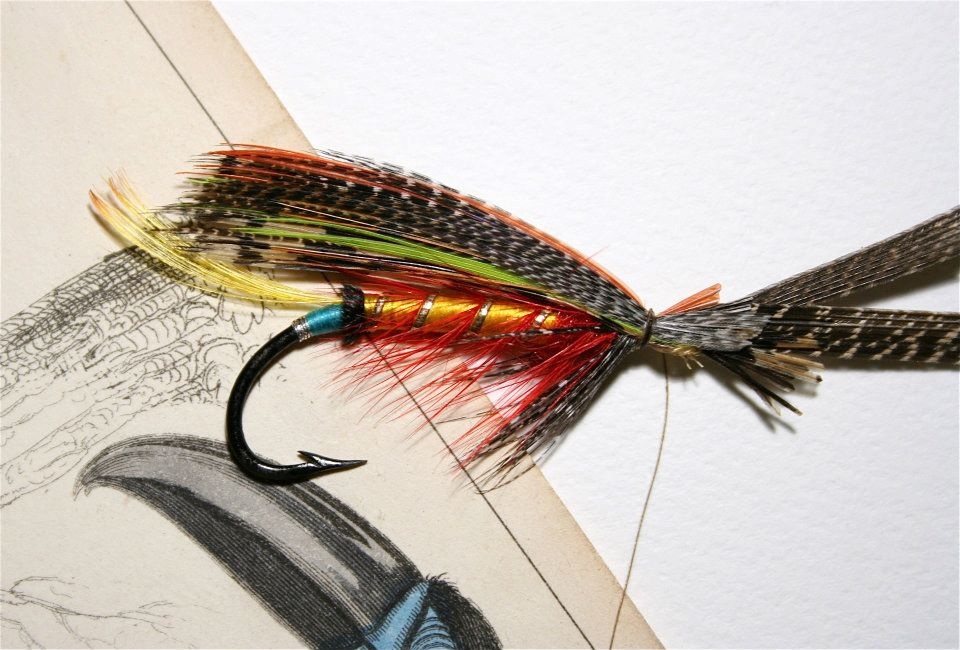 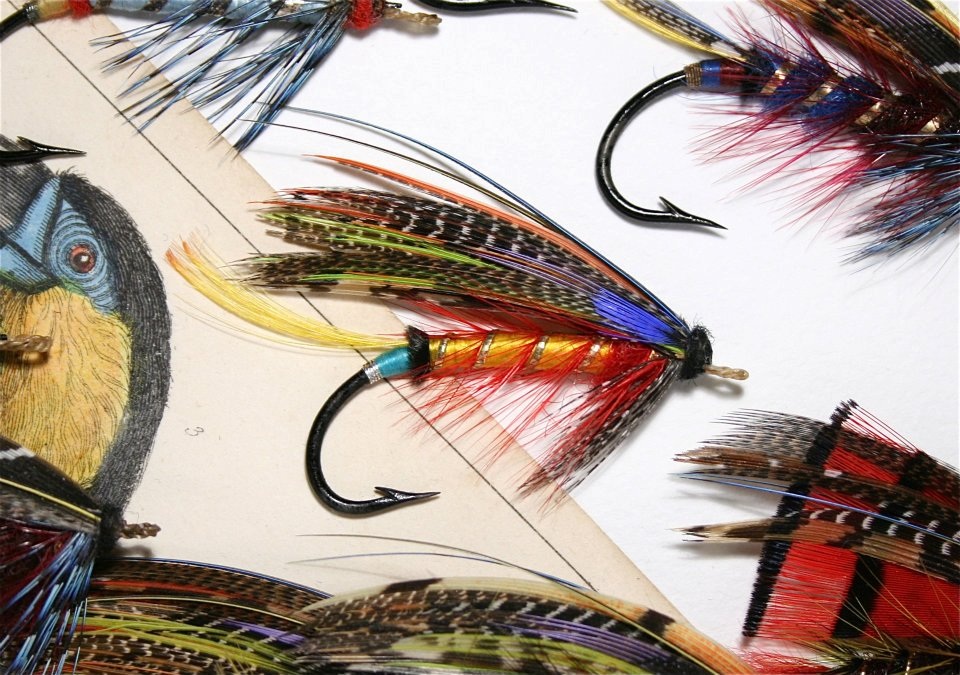 Last components of the fly are blue chatter, horns of blue macaw and black wool wrapped around the head. The fly is now completed.